Lie detector and study with POLYGRAPH™ Bulgaria -Sofia and the country

Polygraph ™ offers services of lie detection to solve thefts, adultery and crime or to protect one`s honour and dignity. Lie detector is a proven and effective tool for truth verification or lie, fraud and theft detection.

Through a lie detector or "polygraph" and a crime expert psychophysiologist, with years of experience, we learn the truth with accuracy of over 98.70% in just 2 hours.

Polygraph ™ is the first and only Bulgarian company offering detection of lie using an ISRAELI polygraph of highest accuracy. Our specialists have completed a RUSSIAN School of Lie Detection. All other companies offering polygraph services in Bulgaria work with self-made or American equipment.

What is a polygraph?

What is a lie detector?

A polygraph or lie detector is a device by means of which it is possible to understand the truth about things that a person hides. Polygraph services enable the detection of crime, infidelity, it shows the loyalty of employees and contributes to the protection of one`s honour and dignity.

What does a polygraph measure?

Since the establishment of the polyphysiological device by John Larson in 1921, the polygraph has been repeatedly advanced. The modern lie detector allows for psychophysiological study, through which is fixed the modification of multiple physiological parameters such as sweat intensity, blood pressure, breathing frequency, heartbeat and others.

The history of a polygraph

The history of a polygraph 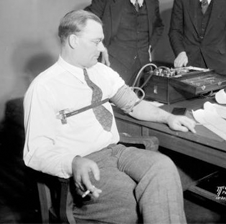 Polygraph from the Greek words poly – many, graph - write, often called "plethysmograph", "variograph," "lie detector" is introduced for the first time in terminology by John Larson, but for lie verification is spoken yet in the primitive social order. The need for lie detecting has emerged since the very moment when people started to come together in groups. Historically, it is known that the various peoples have drawn a variety of special techniques and rituals to recognize lies and expose a liar. Even in those distant times it was observed that people who committed crimes, because of fear of being found, one unwittingly gets different changes in their physiological functions. In ancient China, for example, the suspected in a crime was given dry rice in their mouth. It was believed that if the rice remains dry after hearing the prosecution (from the fear of being exposed a person frequently has a dry mouth) the suspected guilt is proven. 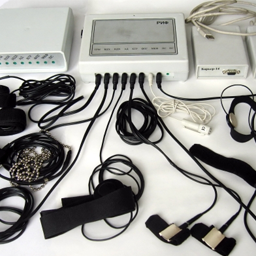 The modern polygraph is a device fixing more than 10 psychophysical parameters. The functioning of the device has been proven through the special "psycho-physiological fenomeen." At its base lies the ability of the human body to respond to external stimuli that carry a proven situationally important information.

The modern polygraph with its proven precision serves as a lie detector, as in many countries polygraph study forms a key part in revealing serious crimes and proving them in court.

When and where a lie detector can be used?

In everyday life it is often necessary to check whether someone is lying. The psychology of lying is such that people often lie unconsciously, lying just for play or to hide someone or something. People often lie if they have committed any offense such as adultery, theft, corruption. Lie detector is used in official controls - for example in the conduct of psychological tests for the Ministry of Interior. Many private investigators recommend searching and finding services for conducting the detection of lies online to solve complex family or business cases.

Lie detector is used extensively in recruitment and admission at a new job position. Thus the subject individuals are checked whether they are spies specially prepared for introduction in the company in order to obtain information about competitors

The price of truth is not high if you turn to the right company with the right polygraph methods. In Bulgaria prices for polygraph studies vary between 100 BGN and 500 BGN. The price depends on the complexity of the case as well as the region and the company to which you have turned for services. Trends show that the services of lie detection in Sofia are the cheapest. In cities such as Stara Zagora, Plovdiv, Varna and Burgas, the psychophysiological tests are more expensive, their prices even go to 800 BGN.

Polygraph is most often used in testing loyalty. Loyalty can be expressed in test for cheating or test of loyalty to a friend, employee, partner. Polygraph is also used with persons tested for gambling. In the Internet there are many tests that can also help to check whether a particular person is dependent on gambling or drugs. Test gambling can be done as you fill in a form that you can do online and then make conclusion if you are dependent.

Test for committed theft or fraud

If you think one of your employees, relatives or acquaintances has stolen or cheated you the use of polygraph can expose that.

Using a lie detector, you can find the perpetrator and potential participants in theft or fraud. Observing the psychophysiological responses of the questioned person you can easily identify the perpetrator from a group of suspects. 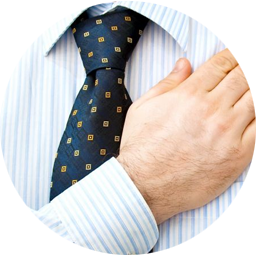 Checking the loyalty of your employees

Recently it is more and more required to verify employees` loyalty to their employer. Our study is a test of loyalty to all your employees, ensuring peace and security at work. Through the test for professional loyalty you can check out for hidden thefts in the company or factory that is under your management. 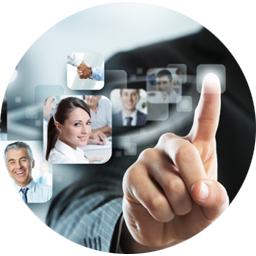 Psychophysiological studies help in the qualitative selection of employees in order to have their full confidence and to determine which of them is best suited for a position.

The study consists of a thorough interview prior employment, education verification, biography, gambling addiction, debts, criminal intent and history, honesty and drugs use. 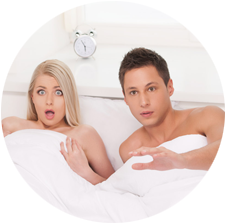 Check for cheating or slander spread

If you need to prove effectively your innocence or check if your spouse is cheating on you - polygraph is the ideal method to do that. Many couples make use of polygraph to strengthen their mutual trust. Tests are conducted in full confidentiality and discretion.

You can also check whether a particular person spreads false slanders regarding you or somebody else.

Standard psychophysiological study with one significant question at a cost of 98 BGN - lowest price for lie detection with guaranteed quality and reliability.

When checking more persons suspected of crime or testing of job applicants we offer discount and an opportunity for visit on our part.

For each additional set significant question on a different subject, a customer is charged 26 BGN.

To study foreign language speaking persons the polygraph test is performed together with a provided by us interpreter. This in its turn increases the cost of the procedure but does not decrease its accuracy.

Victor Donchev discussing the use of a lie detector against corruption

Effectiveness of polygraph against corruption

Victor Donchev is the founder of the Polygraph company DETECT BG LTD in Bulgaria.

How does the polygraph work?

Video on how polygraph works.

When you decide to take advantage of the polygraph is convened a meeting between you (the client) and a specialist from our company to discuss all information on the case.

Of great importance is to provide all possible facts and details because it helps in drawing the assignment.

After we discuss with you all the details and the ultimate goal, we compile an action plan that shall meet the needs of the assignment. We prepare a list of the necessary questions and significant topics.

Once you approve our plan of action, we proceed to the actual polygraph examination. The interrogated person shall be informed of all questions which will be asked in advance. The person subjected to polygraph test gives a voluntary consent and signs a required form.

After completion of the psychophysiological study begins the assessment of the polygrams and establishment of the authenticity of the responses received. The polygrams are subject to an independent assessment by a third qualified person as well.

Poligraf™ offers services of lie detection nationwide through appointment by phone. We dispose with a mobile polygraph that can be applied in your office. Our office is located in Sofia- Bulgaria, city center near the Central Market Hall. To schedule an appointment please call +359 8999444 55.